The football classic returns with a new graphics engine 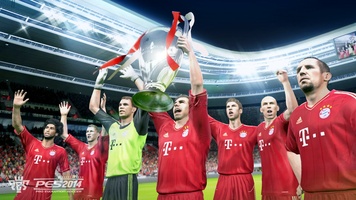 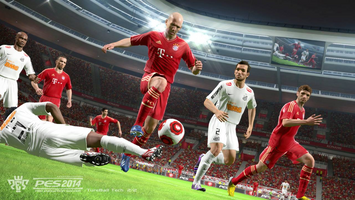 Advertisement
There were always going to be heavy expectations put on the brand new PES 2014 graphics engine, named the Fox Engine. And after a shaky start, it seems that they have done enough, or at least improved enough on the old one, to satisfy the most demanding fans of the football series.

Using these new graphics, the game still offers some remarkable gaming quality, maintaining the level set by previous entries that have matched FIFA every step of the way.

As soon as you play, you will notice some big changes in the new engine. Changes that many are thanking for bringing back memories of PES on the last generation of consoles - back when it dominated the market and was the undisputed king of football sims. On the other hand, it is true that there are still things to polish up on, and some, such as rain, that are not even present.

Pro Evolution Soccer 2014 has virtually the same licenses as in the previous game with some notable casualties, such as faithfully recreated stadiums, but these are replaced by other, no less attractive, additions like inclusion of the Brazilian league.
Reviewed by Daniel Rivas
Advertisement

I don’t want to work

PES 2013
Soccer is back and PES 2013 is ready for this new season
8 Ball Pool (GameLoop)
The best billiards game is now on PC
FIFA 12
FIFA Returns so Football Returns as well
PES 2012
All the excitement of soccer comes back!
Pro Evolution Soccer 6
Prepare your fingers, they will be your feet in PES6
PES 2009
The most realistic soccer game you have ever played
PES 2010
The soccer game par excellence has been renovated
FIFA08
A new season always means a new FIFA